Clutter Management of ROJoson’s Photo Slides – How I did it

I seriously got into taking pictures or photos using slide films, mainly Ektachrome, starting 1976 when I started my general surgery residency training program in the Philippine General Hospital.

I was mainly influenced by my late mentor, Dr. George Eufemio, who had a vast collection of photo slides which he would use for lectures, teaching, research and other documentary purposes.  See samples of Dr. George Eufemio’s slides.  Notice he would put notes on the frame of the slides to tell what the slides were all about.  (I also did the same, and further, I cataloqued them.)

I bought several Pentax cameras using my hard-earned training stipend (about P700 per month).  I took photo slides during my entire 5 years of surgical training program.  In all rotations in the different surgical subspecialties, like Head and Neck, Breast, Colorectal, Hepatobiliary, Plastic, Pediatric, Urology, Neurosurgery, Thoracovascular Surgery, I took pictures of interesting, unusual cases and cases for lectures and research purposes. I also made word slides initially using Kodalith (black and white) for my lectures.  All in all, my estimate is that I had a collection of about 10,000 slides.

After residency, I continued to take pictures of interesting and unusual cases and those that I need for teaching and research.  I was doing this when I was consultant at the Philippine General Hospital, Manila Doctors Hospital, Medical Center Manila, and Ospital ng Maynila Medical Center.

I probably stopped using pictures circa 2006 when digital cameras were already in vogue.  I just relied on the digital cameras of my residents for the pictures.  In 2011, my sister gave me a digital camera and I resumed my picture taking of medical cases.  Up to the present, I am still taking pictures using compact cameras and not cellphone cameras which started circa 2008.

All in all, when I was doing my clutter management, trying to digitalize all my analogue slides, my estimate is that I had a collection of about 20,000.

I decided not to digitalize all the 20,000 analogue slides as I would be consuming a lot of time probably 2 months or more.  I decided on selective digitalization, those which I had sentimental values and those which I think are significant for my educational memoirs. I know for a fact that Dr. George Eufemio after retirement was also trying to make his collection of his slides as memoirs – trying to preserve all and categorized them. However, he did not complete his plans as his collection was able huge.

With this experience in clutter management of photo slides, especially medical ones, here are my thoughts, perceptions, opinions and recommendations:

I had my old analogue slides in plastic jackets and suture boxes.

After selective digitalization, I discarded them.

Sorting and categorization (classification) of yesteryears (dated back to 1976) – using suture boxes. 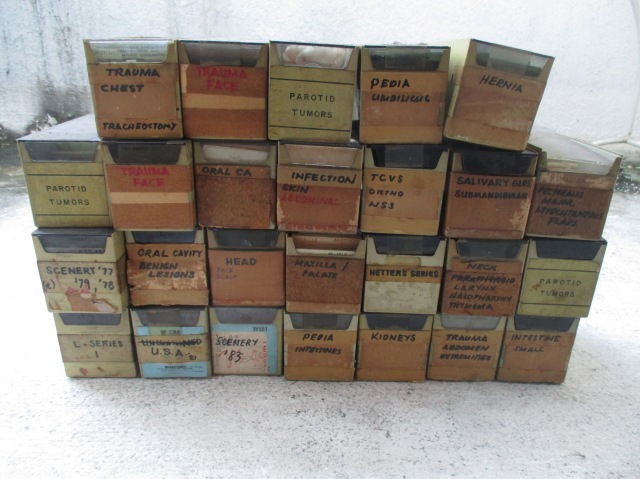 Sorting and categorization (classification) of yesteryears (dated back to 1976) – using plastic jackets. 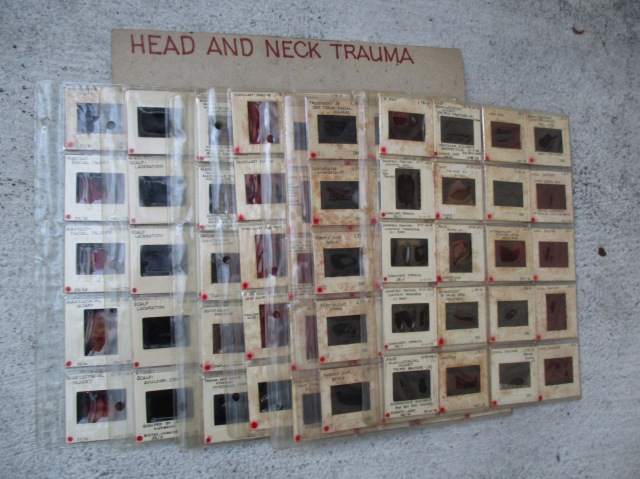 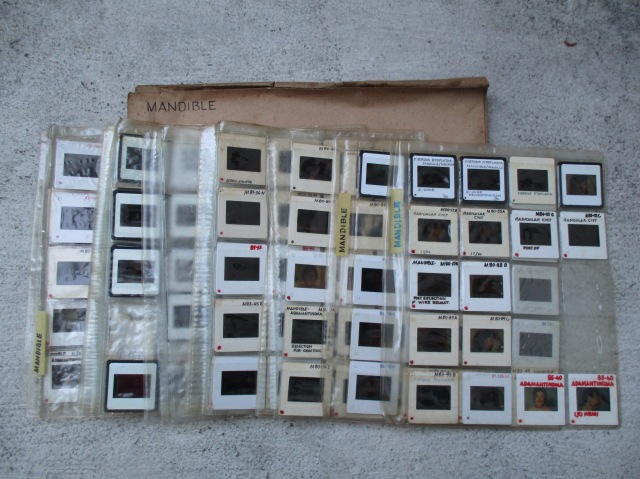 How I labelled and cataloqued my slides of yesteryears (with data – name, age, sex, date, tag, number, etc.) 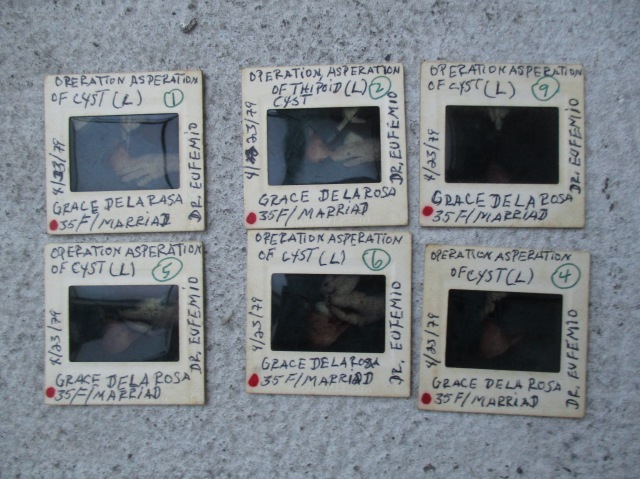 About 20,000 slides of yesteryears discarded.

Goodbye!   Fond memories.  Memories of my experiences as a surgical resident and as a consultant.  Will miss you!

This entry was posted in Clutter Management. Bookmark the permalink.