OP, 40s-year-old female domestic helper working in HongKong, came to me on August 3, 2012, upon a referral from Dr. Lawrence Oliver from Cauayan, Isabela.

OP had a soft tissue tumor on her back which was biopsied in HongKong and which showed “Dermatofibrosarcoma Protuberans.”

The mass was movable so that there was no concern on the wide excision.  My challenge was on how to close the defect resulting from the wide excision without having to use skin graft.   This was my problem-based learning issue.

I searched the Internet for a review of the flaps that I have done or been exposed to.  I decided that a rhomboid flap be used.  I reviewed the details of the rhomboid flap and then execute the procedures on the day of the operation.  These steps are illustrated below.  The pictures show some drawings on incision planning, tentative and final.

1. This write-up illustrates a problem-based learning in action during an actual management of a patient at the clinic and before the operation.

2. This latest experience reinforces and adds to my stock knowledge on flap reconstruction, particularly, on rhomboid flap, and using flap on the back. 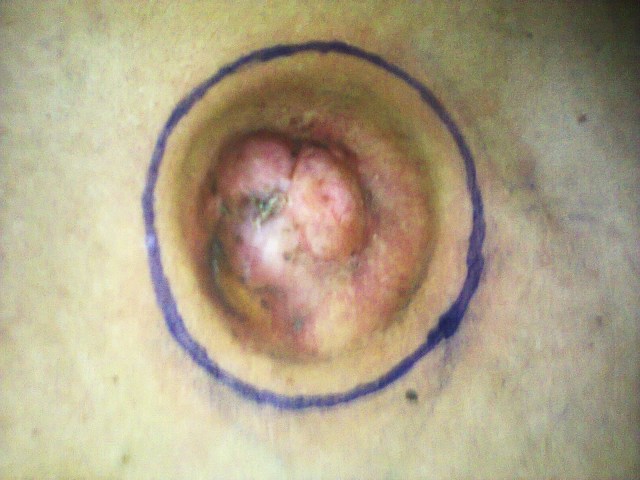 After complete coverage of the defect with the flap.  Refinements on the wound repair still have to be done. 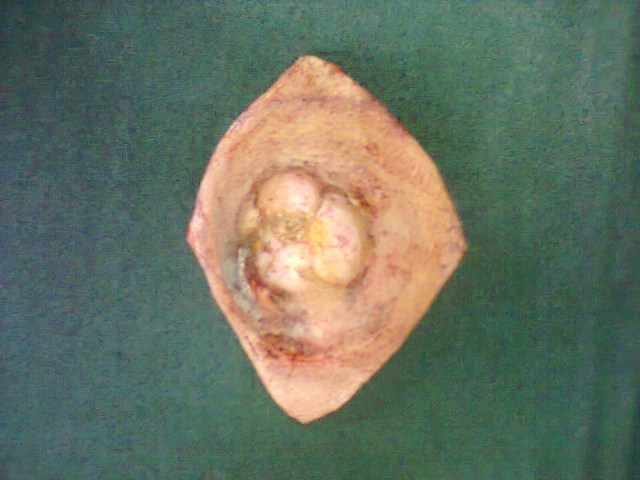 The cut-section of the specimen.  The gross appearance of dermatofibrosarcoma protuberance on cut-section.

Note the processes that I went through in problem-based learning. 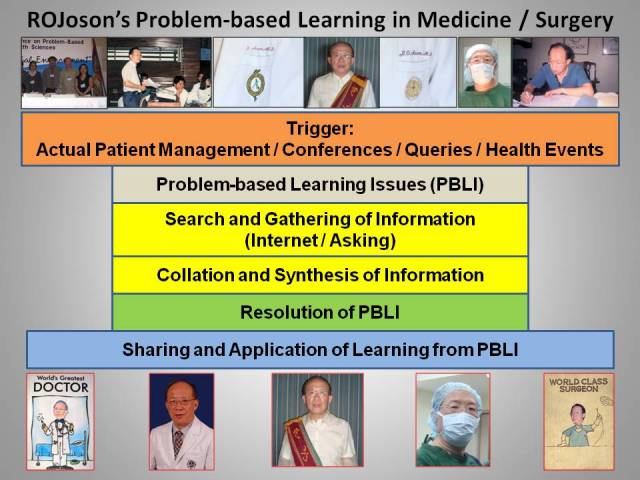 This entry was posted in Dermatofibrosarcoma Protuberans. Bookmark the permalink.